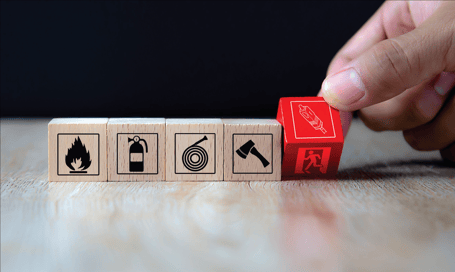 Fire regulations for fiber cable protection vary across the world, meaning that a cable suitable for use indoors in one country may very well not be allowed in the same building structure elsewhere in the world. With these differences, it’s not surprising if there’s confusion out in the field.

Here’s a brief guide to navigating around the potential minefield of meeting fire regulations in the United States and Europe, particularly in two areas - transitioning fiber from outdoor to in-building and halogen content of cables.

Moving Inside a Building

In Europe, it's generally accepted that an outdoor rated cable should only be routed 2 meters (6 feet) into a building. However the U.S. is more lenient, permitting up to 50 feet (14 meters) indoors according to the Fiber Optic Association (FOA). If the network terminal is further away than this, a suitable cable will be required. Failure to correctly label the fire rating on the cable jacket will result in a failed building inspection so it’s crucial to ensure the correct regional standard is clearly stated on the product.

The National Electrical Code (NEC) requires cables are listed for their application, in accordance with the relevant ANSI, UL or CSA test while Europe generally abides by the rulings and guidelines of the International Electrotechnical Commission (IEC).

There are also contradictory theories of the trade-offs when using Low Smoke Zero Halogen (LSZH) cables. This comes down to differing approaches to safety – controlling the spread of fire and toxicity of fumes/smoke density.

The U.S. approach is based on the idea that it's better to control the release of heat since this causes fire to spread. Therefore the primary requirement for fiber cables is they shouldn’t propagate fire and can self-extinguish. Article 770 of the National Electrical Code distinctly recognizes that General Purpose, Riser and Plenum spaces must have suitably fire rated cables, and regulates the industry with UL test specifications.

These tests are progressive in performance outcomes, therefore a Plenum rated cable can safely be installed in Risers and General Purpose applications. This only applies to the U.S. and Canada.

Europe – Focus on Toxicity and Smoke

Traditionally Plenum rated cables are made using halogenated polymers because they tend to have excellent flame resistance. However, it's now widely recognized that halogenated polymers represent a significant safety risk when alight because of their toxicity. They can also cause damage to sensitive electrical equipment by virtue of their corrosiveness.

In Europe, this is the primary focus behind regulation. Essentially controlling smoke density and toxicity is believed to be more important than flame propagation. Consequently, the UL test programs outlined above cannot safely be applied to cables installed in Europe. Instead, the IEC (CENELEC) is responsible for publishing the fire test specification and procedures, however, each represented country may have its own regulations, such as the BSI in the UK. Often the independent regulators will simply copy the IEC/CEI standards but it may be necessary to check first.

Between LSZH and Flame Retardant

There are also cable specifications which lay in-between LSZH and Flame Retardant. For example Low Smoke Fume (LSF) cables may contain halogenated polymers, but typically less than 2%. This is much less that PVC cables, which have a halogen content in the region of 25%. LSF cables are generally designed to reduce the spread of fire while also minimizing the levels of toxic gas and smoke. These might be preferred in tunnels or other critical spaces in which a fire requires urgent attention but are uninhabited.

Evaluating Your Options for the Transition

So the options for an installer looking to transition cable into a building aren’t numerous, but the cost variance might be: 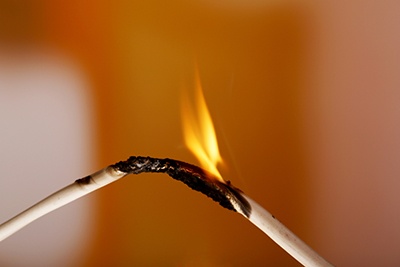 Locate the demarcation point within the allowable distance from the transition point (this varies between the U.S. and Europe), then simply splice the outdoor cable to the indoor cable. However this does increase the attenuation of fibers.

Use a dual layered cable, constructed of a LSZH inner jacket surrounded by a UV stable outdoor sheath, and strip the outer layer once it’s indoors. This works if all the fibers are required for termination in one place, however for a typical FTTx installation where fibers are required on different floors and parts of the building, a double jacketed cable further complicates the splicing. Essentially it would be more cost effective to splice drop cables straight onto the incoming (outdoor) cable.

Have an indoor-rated cable installed within an outdoor rated duct, either pre-installed or using blown and pushable fiber techniques. This approach would only benefit the installation if all fibers were being directed to the same termination point. However this does represent a cost saving verses the dual layered cable because the installer will not be stripping and removing sheath. Instead they can use the correct lengths of outdoor duct and indoor cable respectively.

Match Your Requirements to the Right Fire Protection

Choosing the right cable for your installation requires evaluating the particular needs and deployment scenario. Balancing toxicity/smoke performance and fire spread depends on the usage and geography you are operating in. This table below classifies some of the more common fiber cable sheath materials being used today:

Ultimately, wherever you’re installing cable, make sure it is clearly identifiable as safe to use for that environment. Looking forward, it’s highly likely countries will begin to merge specifications and regulations. Further innovations in polymer tailoring will no doubt have an effect.