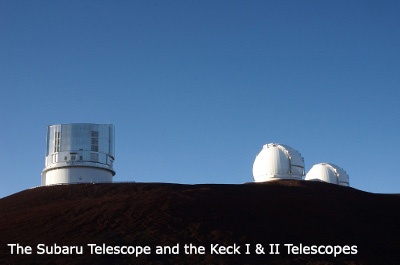 How did the universe begin? Does it have an end? Answering these questions is the aim of the Subaru Prime Focus Spectrograph (PFS), which will be based at the Subaru telescope in Hawaii. Subaru is the Japanese term for the Pleiades star cluster, and the multi-million pound instrument will come into service in 2018. It will rely on PPC products to protect fiber within the Subaru PFS.

The PFS will enable astronomers to study dark matter - the 80% of the mass in the universe that has never been directly detected, helping better understand the future of the cosmos. It will do this by measuring the motion of about one million stars in the Milky Way and Andromeda galaxies and looking at how they are distributed across a huge area of space. Due to the power of the Subaru telescope and the wavelength coverage of PFS it will allow the first true census of early galaxies, peering back in time and helping answer the question of why we are here.

Part of the 8.2 meter Subaru telescope located at Mauna Kea in Hawaii, the PFS project involves institutions from Japan, Taiwan, Brazil, France and the USA. The instrument allows simultaneous spectral observation of up to 2400 astronomical targets in a wide field of view of 1.3 degree diameter at a time.

Incoming light from the Subaru telescope passes through the Wide Field Corrector (WFC) optical system, which is mounted at the telescope’s prime focus. This is then relayed by the instrument’s fiber system to four spectrographs, located remotely in an adjacent room, where it will be separated into the frequency spectrum for analysis.

Protecting fiber connections in the PFS

The PFS fiber system will consist of 2400 sensory fibers, with each one able to be accurately placed onto target positions by individual motors. The design of this part of the instrument is being led by the Brazilian team from the Laboratório Nacional de Astrofísica (LNA) and the Universidade de São Paulo (USP). 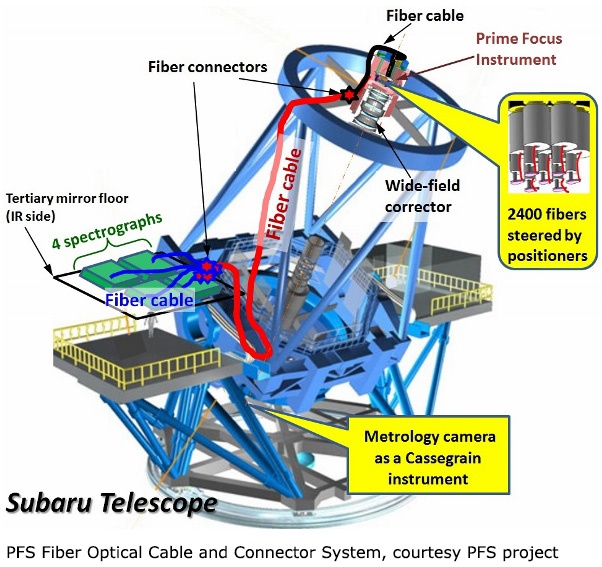 The cable route for the fiber system is split into three, with PPC’s technology specified for the two areas that have been planned so far. Firstly, our 3mm diameter tube, which is capable of withstanding 900N forces, will protect the signal feed cable from the sensors. At the other end of the route, it has been selected to safeguard the cable around the spectrographs (Cable A). A decision on how to protect the central Cable B will be taken over the next year.

Fiber plays a crucial role in delivering the signal from the Subaru telescope to the spectrographs within the instrument. While the length of the cable is short in comparison to a telecoms network, it is no less vital. Damage to fibers could make the difference between the success or failure of the entire experiment.

This isn’t the only scientific project where relatively short fiber lengths need to be protected. PPC is also part of the European Space Agency’s forthcoming ExoMars mission, where we will be used to protect optical fiber within an instrument on the Mars Rover that plans to travel across the planet’s surface, conducting vital research.

These applications may not be as immediately visible as Fiber to the Home (FTTH) or Fiber to the Cabinet (FTTC) deployments, but they demonstrate the importance of protecting high value fiber in the continuing quest to expand our knowledge of the universe around us.