Superfast Cornwall and the benefits of broadband 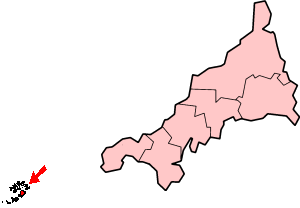 The deployment of high speed fibre broadband has the ability to regenerate whole regions, boosting business competitiveness and creating jobs. Essentially it removes any issues of distance, so companies in more remote areas can work closely with customers or partners around the world, and allows greater productivity through better communications. Rather than losing businesses and staff to other regions, areas actually attract new investment and skills, as people move to benefit from broadband and the opportunities it brings.

The current superfast fibre rollout in Cornwall is the perfect example of what can be achieved with broadband. Funded by the EU, BT and Cornwall Council, and managed by Cornwall Development Company, Superfast Cornwall is building a brand new fibre-based superfast broadband network across the county. This will use a mix of Fibre to the Premises (FTTP), Fibre to the Cabinet (FTTC) and other technologies, such as microwave, satellite and wireless to reach the 95% of Cornwall and the Isles of Scilly. The target completion date is the end of 2014 and the network has already passed 206,000 houses and business (82% of the county). This makes it the best connected rural region in Europe, and one of the most well-connected areas in Britain, despite its remote location in the far south west of England.

And new research from Plymouth University shows that the economic benefits are already flowing. 83% of the county’s small and medium sized enterprises (SMEs) using superfast broadband said they were saving time and money compared to a year ago and nearly six out of ten (58%) stated that their business was growing due to the deployment. 26% had created or safeguarded jobs and over a third (37.5%) had made new sales through superfast broadband.

Impressive figures – and made more so by the complicated, difficult, Cornish terrain. With much of the county formed of granite rocks and many towns and villages hugging the long coast, deploying telecoms networks has always proved complex. In many cases it is impossible to lay cables through the hard granite, forcing a greater use of poles, which need to withstand fierce Atlantic winds. Much of the population is scattered in rural areas, adding to the difficulty of deployment.

As a supplier to Superfast Cornwall, PPC understands the challenges that the project faces. We’re delighted to be contributing towards the rollout’s success, helping the people and businesses of Cornwall to benefit from faster access to superfast broadband, boosting their competitiveness and enriching their lives.