Is the plan for Irish fiber broadband about to get stuck in a ditch? 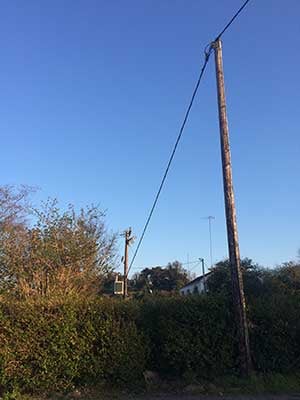 The Irish government has announced an ambitious National Broadband Plan (NBP) to intervene in the provision of broadband services covering 700,000 homes and businesses in rural areas. At best, the locations identified by the Government today have only very basic, if any, broadband services and commercial networks have no plans to provide them with high speed broadband.

Whilst the scheme is not specifically targeting fiber broadband, by implication most observers believe that the tender requirements dictate a fiber solution. The NBP aims to definitively address Ireland’s connectivity challenge by removing existing cost barriers, preventing commercial operators from providing high speed services to end users across the entire country.

What does the NBP cover?

The NBP is intended to facilitate broadband download speeds of 70Mbps with a minimum of 40Mbps generally available and 30Mbps available in harder to reach rural areas. Moreover, the plan to “future proof” Irish broadband supply in the designated areas, is seen by most as creating a need for speeds in excess of these minima.

Commentators on the Government’s plan have indicated a subsidy in the region of €512m euro is required for a project size of about €1bn. Incumbent operator eircom argues that the project can be delivered for a lot less than this, though others, including myself, believe the budget and subsidy are likely to be minimum requirements. At an estimated €2,000 euro per home passed, the total funding required is likely to be close to €1.5 billion euro. With the Irish economy on the rebound and broad political support for this plan, it seems likely that if extra public funding is needed, it will be found.

A detailed mapping exercise has identified each specific building which the network is required to reach. The aim is to have a tender ready for late 2015, contract award in one or more lots in 2016 and the network built by 2020.

As it moves towards the tender process, the Irish government announced in March 2015 that it will shortly commence compilation of a register of owners of existing infrastructure that could be used to support the NBP network roll out. This, it says, is required to ensure that this network is built as efficiently as possible. The register will then be published online.

Specifically, the government is requesting that infrastructure owners register their details to make NBP bidders aware of infrastructure that could be used as part of their bids for the contract(s) to be awarded in 2016. Further, it is mooted as a condition of the tender that all bidders must commit, win or lose, to making their infrastructure available to any winning bidder. 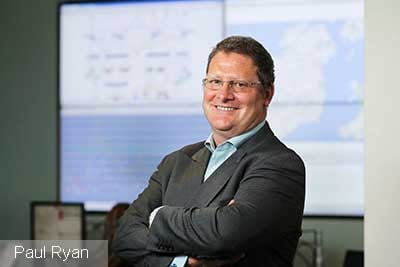 I laud the ambition of the register. However, I would welcome views on whether the approach is practical, future proof and likely to succeed within the time frame. I see three sets of problems:

Infrastructure databases of this nature are extremely complex. At a workshop in London in February 2013 organized by CEPT, the EU, and a number of European countries, outlined their experiences in this area. Key points of interest included the cost and the time within which these databases can be completed. In the Flemish region of Belgium, the database was noted to have costs €77m euro to date. In Portugal only €2m was spent. In addition, ensuring co-operation from infrastructure owners is not straightforward and may well require legislation. There are few examples where the incentive is on incumbent infrastructure owners to proactively open their networks to other firms. There is also a useful study by Analysys Mason on these databases for the EU. Whilst it supports the idea, it suggests €10m-€50m is needed per market for a database to be put in place.

What is required is not merely sufficient clarity on the infrastructure available, but also the terms upon which a winning NBP firm can access it and how databases are kept up to date as the infrastructure of operators evolves over the lifetime of the NBP. The most pertinent terms include the capacity available within the infrastructure; so, not merely information that a duct exists but whether it is useable and the extent to which it has space and other limitations. Specificity on the access process and how to interface with it, especially in a project build of this scale and with such an ambitious roll out timeframe is vital.

The other question to ask is the extent to which operators have this information themselves. Eircom, for example, has in the order of 1m poles, meaning that managing the access process to these poles for aerial deployment requires some considerable focus.

Cost is key to any firm planning to submit a tender response. To my mind there are two bidders who may be able to bid without pricing data being made available: eircom and evolve (the ESB/Vodafone joint venture). Without this pricing and usability data others are effectively, and I would argue unfairly, excluded from the tender process.

Eircom itself has and can internalize the costs of access to its own infrastructure and has today knowledge of what those costs are. Any database of eircom’s assets for NBP must be accompanied by pricing for access to the items within the database in good time, sufficient for a bidder to draw up a coherently costed business plan for submission in the NBP tender process by late 2015.

The same issues arise for access to other firms’ infrastructure, such as the electricity grid. ESB, the operator of the electricity grid in Ireland has agreed a joint venture with Vodafone to commercially build an extensive fiber network covering an area outside the NBP. It can therefore bid for NBP without using eircom facilities and knowing its own internal costs. However, bidders other than ESB/Vodafone will need to know about the availability of ESB infrastructure and the access process, particularly when working on the energy grid, which adds complexity as well as pricing. Like the eircom data, no other firm has access to this information at this point.

Eircom has an obligation under existing telecoms regulation to provide access to its infrastructure to bidders for the NBP. It has previously committed to producing a reference interconnect offer with duct and pole pricing by Q1 2015. As yet it has failed to do so. On the face of it ESB too is obliged to offer its infrastructure, as the 2014 EU DIRECTIVE on measures to reduce the cost of deploying high-speed electronic communications networks covers both it and eircom.

That directive provides that every network operator has the obligation to meet all “reasonable” requests for access to their infrastructure for broadband installation. Possible grounds for refusal include technical unsuitability, safety, public health or network security.

Next steps on the NBP and infrastructure register

The legal obligation is there - however the process needs to start very soon for operators if they are to have sufficient knowledge of the process and costs in order to create viable NBP bids.

The open questions are many; the ambition of the Irish government is great. The appetite of firms to bid is tempered by the limitations as set out above. Let’s hope that sufficient effort is put into the timely access arrangements, the proposed database, the infrastructure access process and pricing. All these are necessary elements to enable firms, other than the two obvious candidates - eircom and ESB/Vodafone - to bid for an opportunity to be part of the Irish fiber broadband plan.

The NBP is at a critical juncture. In effect, the process currently precludes everyone other than a pair of practiced monopolists from bidding. If the state wishes to involve actors with more capital and more imagination, it must act immediately to create a credible roadmap for passive infrastructure usage. By doing so it could transform the NBP project into something truly world-leading and put Ireland at the forefront of the global communications revolution.

Upgraded monopoly or communications revolution? The choice is yours Minister White.

Paul Ryan is a strategic adviser to firms in the ICT sector and is advising several firms in Europe, Africa and the Middle East on their options to participate in the fiber revolution.