Protect your broadband network: how to prepare for a natural disaster 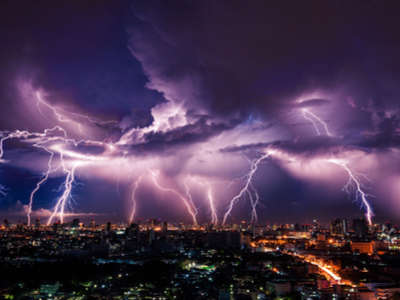 Natural disasters such as hurricanes, tornadoes, earthquakes and ice storms will always be the enemy of cable and internet service providers, but there are things you can do to ease the burden of long-term issues from a storm or earthquake.

We’ve seen the challenges first-hand and have tips to help make your broadband network post-disaster restoration as flawless as possible.

Preparing inventory for a storm

In addition to a service provider’s own operational procedures, making sure you have the most-needed materials before the event will save time, money and subscriber aggravation. Choosing which inventory to stock is dependent upon region and the type of natural disaster, but the most common products service providers need after a hurricane, tornado, earthquake or ice storm hits are hardline jumpers, patch kits, aerial cable, underground cable, hardware and outdoor connectors.

Restoring cable or internet service after a disruption due to a major natural disaster can be a daunting task. Technicians may not know where to start or may rush through a repair without fixing all of the problems, such as a flooded cable or tap.

One of the most common problems we see during post-storm repair is technicians replacing connectors, but not any of the other components of a drop network, such as cable. It’s important to replace all aerial and underground cable at the first sign of water ingress because water can corrode the components inside the jacket and make the cable unusable. Although replacing the connector alone may get a customer up and running, the cable could still have water in it – leading to future problems.

In one particular scenario we witnessed, several telephone poles fell into flooded water and were “fixed” by standing them upright again. However, they didn’t change any of the pieces of the drop – taps, cable or connectors – which turned out to be flooded with water. Once water gets in the system, it’s not going away unless fully replaced. Water can travel hundreds of feet down a cable and if it’s salt water, corrosion can happen at an even-quicker speed than usual.

While replacing parts that were damaged by a storm, we suggest adding water-tight connectors to all outdoor connections. Connectors with a water-tight seal can help protect from water leakage in the future, but only if the rest of the drop hasn’t been compromised by water already. It’s important to check the entire system for water ingress and replace any parts that aren’t in working order.

If there are water issues lingering after the post-storm restoration, the service provider will likely get calls from subscribers about poor network performance and will need to send another technician to troubleshoot and replace the damaged parts.

All natural disasters are going to pose different issues for service providers, but the one thing that’s certain is how the company prepares for it. In the case of hurricanes, the storms are predicted enough in advance to stock inventory that will be most needed during restoration. Once a natural disaster hits and restoration work is fully underway, it’s even more important for technicians to properly replace all parts that have been damaged to avoid a service call in the near future.