Animals - the number one danger to fiber networks 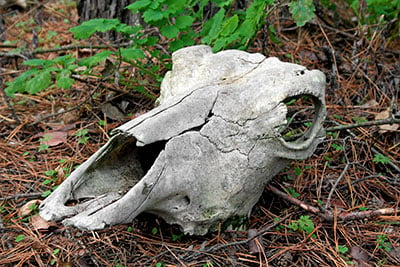 In a previous post I looked at the six biggest causes of damage to fiber networks. I’ve had a lot of positive feedback, and additional stories, particularly around the havoc that animals can cause when in close proximity to fiber.

I’d like to particularly thank Steve Wolszczak of Midwest Lightwave Inc. who contributed the stories about cows and gophers. There’s more on Steve at the bottom of the blog.

So here’s a run down of the six most "dangerous" animals for network planners and installers to look out for:

It turns out that dead livestock can cause even more damage to fiber networks than living and breathing ones. The reason? When fiber networks were originally installed through ranching country, deploying the fiber in dry weather could create a scar in the ground. Cattle could easily break a leg in these ruts, forcing ranchers to put them down. While that didn’t endear fiber installers to the farmers, the real issue was that cows tended to be buried on the spot to avoid the spread of disease and discourage predators. This led to ranchers digging a hole with their tractors, taking out the fiber network itself.

This video from 2010 (see below), has had over 1 million views on YouTube and shows a bluntnose, sixgill shark gnawing on a submarine network cable. Its popularity has been helped by Google declaring that it has sheathed its own undersea cables in Kevlar to reduce their appeal to fishy predators. However, it does seem to be an isolated event, with no cable damage reported since 2006. Changes in outer protection of the cable and new deployment methods seem to be keeping "Jaws" from damaging networks. 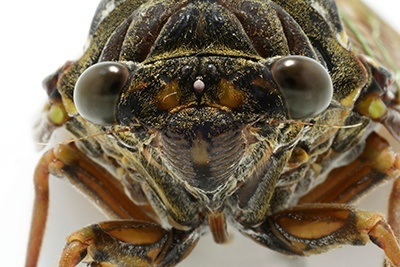 Termites have been known to eat through fiber cables in the ground, while fierce bees disrupted Liquid Telecom’s deployment of a fiber cable across the Zambezi river in Africa. Installers got round the problem by creating an impromptu beekeeper’s outfit using the managing director’s shirt!

In Japan, cicadas are not just noisy, but a threat to fiber. Females seem to think that aerial cables are tree branches, so bore a hole and lay their eggs inside the cable, breaking the fiber in the process. Japanese telco, NTT, therefore spent a lot of time researching and testing ways to prevent this, eventually coming up with a lower cost drop fiber cable for FTTH installations. 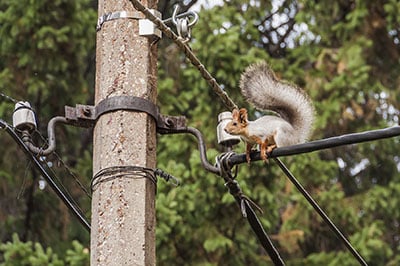 Rodents seem to have a taste for cable, as I covered in my previous post. Theories on why this is vary from using it to sharpen their teeth to a suspicion that manufacturers use peanut oil in the sheathing. Operator Level 3 Communications estimated that squirrels were responsible for 17% of all damage to its fiber networks in 2011. A quick Google search shows the scale of the problem – forums are full of pleas from engineers looking to keep squirrels, rats and mice from chewing their cable. Methods of protecting installations include bait boxes, cable guards and ultrasonic units – or switching to larger diameter cables.

One mooted way of reducing rodent damage is to include an additive that tastes bad to them within the cable. Apparently a Japanese manufacturer created a cable that put off local mice from chewing on it. Unfortunately, when it was tried in the US, the additive was no match for the American Prairie Pocket Gopher, which happily ate through it with no side effects. As well as cables, gophers are known to eat/dig though other buried utilities such as gas, electricity and water lines. 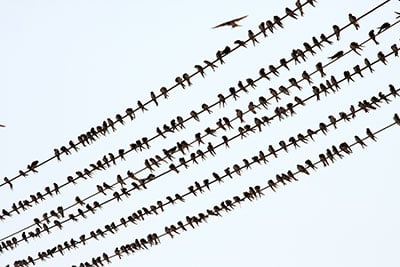 Aerial fiber deployments don’t have to just fend off cicada attacks, but also have to cope with the attentions of birds. Being used as perches by our feathered friends can increase cable sag, hitting reliability.

Additionally, birds can damage the cable sheath itself when gripping it, letting in the elements to the interior of the cable and causing potential failures. In extreme cases large birds can choose to roost or nest on poles with their combined weight leading to cable breakages.

Before we write off all animals and ban them from coming within 100 feet of any fiber installation, it is worth highlighting one area where they can help. Back in the 19th century, parts of the British copper telephone network were deployed with the help of ferrets, and even rats, who pulled the copper cable through confined, difficult to reach spaces.

Have you come up against any particularly difficult animals when installing and maintaining fiber networks? Leave a comment below and if I get enough stories I’ll put together a second blog on the subject.

Thanks again to Steve Wolszczak of Midwest Lightwave Inc. for his contribution. Steve’s mission is to share his 30 years of training and experience in Fiber Optics to assist Operating Companies, Contractors, Managers and Technicians accelerate their Fiber Optic implementation cost effectively. You can email Steve at steve@midwestlightwave.com