The six biggest causes of damage to fiber networks 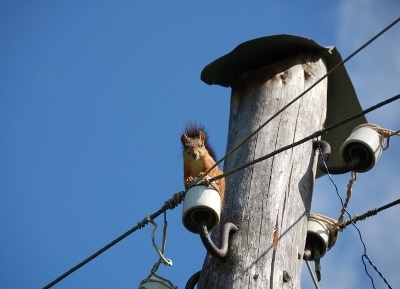 No matter how well a fiber installation is planned and deployed, and how strong the cable you use, you can’t completely guard against problems down the line. Whether it is acts of God, extreme weather or just an old woman with a spade, fiber networks can be disrupted by factors outside your control.

Based on our own experiences here are the top six culprits for causing fiber damage:

From squirrels to rats and rabbits, rodents like to chew whatever they can find. Squirrels seem to show a particular liking for fiber cables - in 2011, Time Warner Cable had to replace 87 miles of cable in Western New York, due to squirrel chews. Across the Atlantic, rats knocked out internet access for Virgin Media customers in parts of Scotland after attacking cables twice in two days.

Meanwhile in the Rockies, bears can be a problem if cables are small enough to fit between their jaws. More exotically, Indian engineers complain about monkeys eating fiber – a particular issue around temples dedicated to the animals. Why can’t they just stick to peanuts and bananas?

You’d think that drivers of tall vehicles or heavy plant would look up as well as forward, but often they seem to completely lack spatial awareness. Damage ranges from the mundane – such as truckers running into poles and bringing down lines, to the ridiculous.

A dump truck in Kentucky tipping salt took down 300 feet of fiber by driving along with its dump bed up, while a trucker misdirected down a residential street in Pennsylvania plowed on, collecting cables as he went. Not every cable is strong enough to survive this – though ours has coped with a 32,000 lb military vehicle parking on it...

Sometimes it seems that the world is full of idiots who think it is fun to destroy property – even though it is likely to cut internet access to their own homes or communities.

According to the Federal Communications Commission (FCC) there have been more than a thousand malicious attacks that led to severe outages between 2007 and 2014 in the United States. And that only counts incidents that affect at least 900,000 minutes of user calls or 911 services.

From people who dig up fiber thinking it can be resold, to those who use cables for target practice, a large proportion of avoidable network damage comes from the very people that would be on the phone complaining of a lack of service. Or they would, if they hadn’t just trashed the network they rely on... 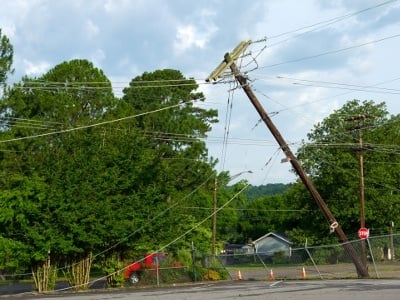 nt natural disasters, but networks need to be reliable and protected enough to deal with normal weather conditions, such as ice, snow and wind.No matter how well you build a network, freak weather and natural disasters, such as hurricanes or storms, can undo all your good work. This has a knock-on effect as cable damage hits wired and wireless communications, leaving communities isolated exactly when they need access to information.

On the plus side, the devastation caused by Hurricane Sandy led Verizon to significantly upgrade its network, replacing copper with fiber cables in affected areas.

Some things you simply can’t plan for. A boat’s anchor cut through not one, but two, Egyptian undersea cables in 2008, cutting connectivity to the Middle East and South East Asia and forcing traffic to go along different routes.

On land (just), Level 3 Communications had to replace aerial cables after a small plane clipped them while trying to touch down at Burbank International Airport in California.

Sometimes you just have to shrug, and get on with fixing the damage. 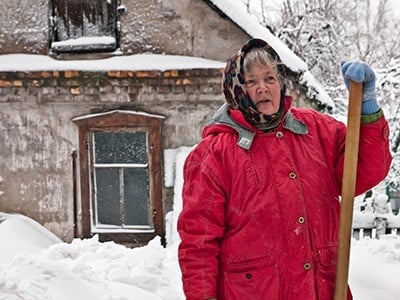 And the most dangerous fiber foe is... a little old lady.

Back in 2011, an unnamed 75-year-old Georgian woman cut fiber access to the whole of the neighbouring country of Armenia. While scavenging for copper her spade went through the main fiber link between the countries, blacking out the internet for 3.2 million Armenians for 5 hours. The cable was normally more securely buried, but landslides or heavy rain may have exposed it.

Obviously cables get cut by contractors (or even homeowners) all the time, but not normally causing damage on this sort of scale. Let’s hope the police reminded her that bits of fiber don’t have any resale value...