Gigabit networks - what are the future options for copper and fiber? 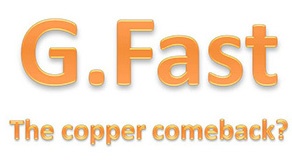 It is one of life’s ironies that the equipment used to establish ultra-fast communication links, the telecommunications fixed network, has lived up to its name and remained fixed for several decades. The traditional metallic conductor-based ‘tree and branch’ architecture forms the basis of most telcos main networks. It has gradually evolved and provided more capacity, from basic 64 kbit/s telephony through dial-up ‘broadband’ to genuine broadband via wholly copper links (ADSL and ADSL2).

These systems nearly always use copper conductor cables that have remained largely unchanged for over 30 years. VDSL (also known as Fiber to the Cabinet) however started a change that used optical fiber to a deep cabinet (i.e. one near a customer group) to step up capacity, from the approximately 20 Mb/s ADSL limit to a figure nearer 100 Mb/s.

The need for greater bandwidth

However, several factors are converging to make higher capacity a near term requirement. These include: 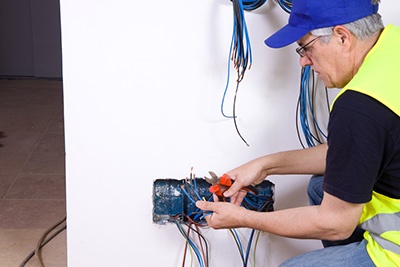 So, the copper bearer network, even if VDSL-based, is facing a watershed moment. The economic benefits of creating gigabit communities is well understood, but how can this be achieved?

The obvious way to achieve this has always been via point to point (P2P) fiber networks, frequently using switched Ethernet equipment. This has suited new local operators reasonably well since, if building from nothing in a relatively small area, the cost of an all-fiber network can be justified. However, for national telecommunications operators it poses a real challenge. Many large carriers have invested in GPON or GEPON to deliver sub 1 Gb/s services or VDSL to deliver a 100 Mb/s service.

To uprate a GPON or GEPON system to deliver 1 Gb/s per customer service requires uprating the PON to NG-PON (shared 10 Gb/s downstream and shared 2.5 Gb/s upstream). However, this still does not provide a true customer experience of 1 Gb/s; for this to occur NG-PON2 is required and this is still not fully ready.

This has opened a window to copper equipment providers. Standards bodies have therefore been working to produce recommendations for copper drop, fiber-fed systems - known popularly as G.fast - with the first formal recommendation, G.9700, published in April 2014. It enables future deployments of ‘gigabit’ links. The systems will operate from fiber-fed nodes using copper drops of up to 250m. The speeds offered range from 1 Gb/s for the very shortest/best condition copper drops, up to 150 Mb/s for drops at the upper end of the distance range. Major vendors, such as Alcatel Lucent and Huawei, are rapidly developing products.

But, as with NG-PON2 (which uses several wavelengths on one fiber (WDM)), the technical challenges facing G.fast are profound. They include:

Making the choice between G.fast and NG-PON2

The first G.fast roll outs are likely to appear in a similar timeframe to NG-PON2 deployments (late 2015 to 2016). It means operators will have more choice. For densely populated cities where new build is undesirable, G.fast may offer at least a short term solution. In other areas, where there is some (but insufficient) fiber, NG-PON2 may offer an alternative. Greenfield build is likely, as now, to favor high capacity P2P systems.

When making a choice, operators need to look beyond the specifications and even the equipment on offer. Questions include:

In summary, the need for higher speed, gigabit networks means the old ‘tree and branch’ copper-only network must change. Whether that is to a pure fiber, P2P or NG-PON system, or to a copper drop, deep-fiber cabinet network, will depend critically on each operator’s assessment of all the factors outlined above.