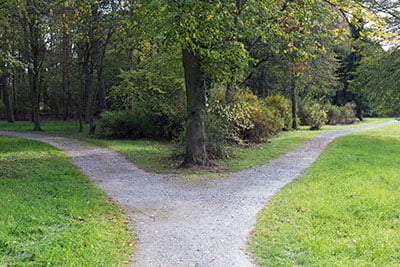 In a previous blog I looked at the strong case for NGPON2, a fiber system which offers a minimum of 40 Gb/s aggregate downstream bandwidth, spread across four wavelengths, and a total upstream rate of 10 Gb/s. This successor to the lower capacity GPON system, NGPON2 is a composite Time- and Wavelength-Division Multiplexed Passive Optical Network (TWDM PON) system which uses time division as well as wavelength division multiplexing.

In that way it differed profoundly from the largely stalled NGPON1 system which solely used time division multiplexing. NGPON2 offered an immediate upgrade path to capacity of 80 Gb/s downstream and 20 Gb/s upstream. In comparison NGPON1 was limited to a one-off 4x capacity increase over GPON, but at significant capital cost.

The advantages of composite PON networks

TWDM PON systems offer great flexibility and scalability but the NGPON2 embodiment comes at a price, since it uses tunable lasers at the Optical Line Terminal (OLT) and tunable filters at the customer Optical Network Unit (ONU). This adds to cost and complexity.

However there is a half-way step which uses fixed (not tunable) lasers and filters, bringing cost down and availability forward. This proposal is known as XGS-PON. It’s important to note at this stage that XGS-PON still retains all the benefits of a truly passive network, with no field powering required and – unlike active systems – a wavelength is available for RF video.

In terms of the all-important standards for the technology ITU-T began work in July 2015 on a new Recommendation, G.XGS-PON, with an update expected later in 2016.

At a basic level XGS-PON appears to use the same spectrum as NGPON1, that is 1260 to 1280nm upstream, and 1575nm downstream, with fixed wavelength allocation and non-tunable optics. This means we can improve from the asymmetric 10 Gb/ down, 2.5 Gb/s up speeds of NGPON1 to a fully symmetrical 10 Gb/s system. This is achievable without using the spectrum that is allocated to NGPON2. Furthermore, it will use a management and framing system based on NGPON1 and compatible with NGPON2. In this way XGS-PON can rapidly offer the high rate upload speeds business users need. 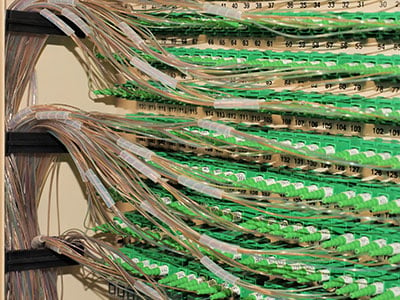 One of the major constraints that networks, even TWDM systems, suffer from is the fact that bandwidth can only be allocated within a given wavelength. This means that even in a 40 Gb/s (four wavelength) or 80 Gb/s (8 wavelength) system, a single user ONT is capped at the individual wavelength maximum line speed of 10 Gb/s.

For some business users this is a handicap. To overcome this one thing that all these new generation PON systems share is a similar Dynamic Bandwidth Allocation (DBA) feature. At the same time the IEEE is seeking to remove the same issues from GEPON networks with its channel bonding work. The IEEE 802.3 Working Group is conceptualizing a 4 wavelength system with a high line rate of 25 Gb/s that can be two-channel bonded to provide up to 50 Gb/s at a single ONU.

So what is channel bonding? Channel bonding is a practice commonly used in IEEE 802.11 implementations in which two adjacent channels within a given frequency band are combined to increase throughput between two or more devices. A good analogy would be combining the ‘green and blue’ light channels emitted by a prism.

Channel bonding is also known as Ethernet bonding, and is already used heavily in Wi-Fi implementations, where it has become very popular due to the increased throughput it provides.

Looking beyond channel bonding, other options are emerging to increase performance. For some time now long haul (typically 80km+) point to point systems have used Dense Wavelength Division Multiplexing (DWDM) systems to run 40 to 80 individual wavelengths. In the ‘metro’ space this technology is being studied by ITU-T in a draft Recommendation (called G.metro), which would apply it to 20 to 80km links. Each line rate would run at 10 Gb/s, meaning an aggregate bandwidth of 800 Gb/s is possible. This capacity is not (yet!) required for FTTP but is of interest for mobile backhaul and front-haul and other ultra high capacity leased lines.

A span of 20 km is well within PON’s application distance. It is therefore possible to imagine the power of a G.metro system being used to ‘supercharge’ the NGPON concept. So rather than delivering 800 Gb/s to one location it would be able to deliver a symmetric 10 Gb/s service to several dozen locations. Depending on the fiber quality in the ODN current singlemode fiber could be used, providing it is G.652D type and that the installed PMD link value is sufficiently low. This is yet another reason why network owners should install high quality fiber and cable and ensure it is deployed correctly and with appropriate outside plant.

Leaders in the telecoms industry talk about the ‘1,000 x 1,000’ ambition. This is the possibility of delivering at least 1,000 Mb/s to at least 1,000 end points and over a distance of at least 100km. Essentially, it would be the first terabit/s local and not-so-local network. Previously such speeds were only ever seen in long haul, even sub-sea systems. But once those capacities arrive in any scale those very same sub-sea networks will need re-thinking, providing yet another demonstration of the insatiable growth of bandwidth demand in every part of the telecoms network.