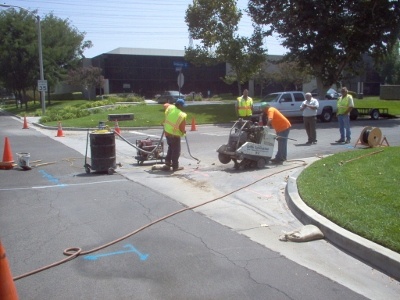 New York and London, 10 June 2014, PPC, the inventors and producers of the world-leading range of patented Miniflex™ fiber cables, today announced that the City of Loma Linda in California has significantly reduced the installation time and cost of its high speed, municipality-wide fiber network by using its advanced products.

The Californian city has been able to lower deployment costs on the last mile of its Fiber to the Premises (FTTP) network by between 64-76%, from $50 to just $12-$18 per foot through pushable technology and micro trenching.

This has enabled it to roll-out the city-wide network within budget and tight timescales, benefiting the 21,000 residents and reinforcing its reputation as a healthcare center. The City has five major hospitals and a healthcare focused graduate university with 15,000 medical, dental, and allied healthcare students. Up to 100,000 people visit the city every day to be treated and it is the regional center for veterans, trauma and children’s care, covering a fifth of California.
Cost-effectively deploying last mile connections was a major issue for the City, with the traditional method of combining trenching and blown fiber proving too expensive to support. By switching to PPC, and adopting its patented Miniflex pushable fiber cable and ruggedized TuffDuct micro ducts, in combination with micro trenching, it has been able to dramatically bring down the cost and time for deployment.

Installations have been deskilled, with the majority of deployments now completed by municipal staff, with the Landscaping and Irrigation team laying duct and the City electrician pulling or pushing fiber to the final destination from the nearest manhole. Time is further reduced by the use of pre-connectorized fiber cables and PPC distribution patches.

The new fiber network has delivered major benefits for the City of Loma Linda, boosting its competitiveness and attracting new investment. Medical facilities are now able to share data in real-time, enabling remote diagnostics and faster medical care, while new businesses have moved to the City thanks to the power of the network. Finally, the City has been able to digitize services, removing paper and increasing efficiency, while improving security through a CCTV camera network built on the network.

The City of Loma Linda, covering 7.5 square miles in the San Bernadino Valley in southern California, is a community of 21,000 people. It is run by a full service municipal government, providing facilities including police and fire protection as well as water, sewer and refuse utility services.

“Increasingly municipalities across the United States are looking to attract investment, jobs, and residents by deploying state of the art fiber networks,” says Larry Malone of PPC. “As the success of the City of Loma Linda demonstrates, high speed broadband boosts competitiveness and brings enormous benefits. Lowering installation costs is a vital part of the business case behind any municipal fiber network, and the combination of micro trenching and our pushable fiber has enabled the City of Loma Linda to reduce expenditure and deployment time to fit its budget.”

Since deployment began all business premises and over 1,600 houses have been connected to the fiber network with a substantial percentage using PPC Miniflex cable and duct. Buildings are being added on an ongoing basis, with 800 new homes scheduled to be constructed over the next three years. Additionally, a new 350,000 square foot Veteran’s Administration medical clinic is now being built in the City, and will not only be connected to the network, but will have m2fx’s indoor fiber protection products specified for internal use.