Filling the pipes – how content is driving the need for FTTH 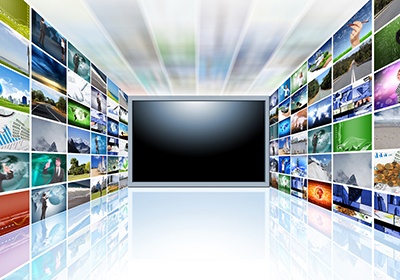 Amidst all the high speed network rollouts that are happening across the world, there’s an ongoing discussion about the relative balance between copper and fibre in next generation networks.

Obviously installing Fiber to the Home (FTTH)/Fiber to the Premises (FTTP) networks is more expensive in the short term, compared to Fibre to the Cabinet (FTTC), where copper is used for the last stretch between the cabinet and the building itself.

In an age of austerity many operators and governments have chosen to go down the FTTC route. In Australia, for example, the incoming coalition government has decided to scale back its planned $44 billion National Broadband Network (NBN), moving from FTTH to FTTC for connections to existing premises.

Alongside the fibre/copper discussion, there are two major trends that have the potential to change the networking landscape. Firstly, there is a big debate about the place of telecoms operators in our converged world. Will they simply be providers of ‘dumb’ pipes that are used by content providers to deliver new services or will they take a more active role in the changing landscape?

Many operators are reinventing themselves as broadcasters, a trend I’d expect to accelerate in 2014. In the UK, BT has invested heavily in buying the rights to Premiership and Champions League football, and launched its own TV channels to show them on. This not only helps safeguard existing revenues (football is currently free to BT broadband subscribers), but provides differentiation in a crowded marketplace. I expect other operators around the world will look to secure compelling content to win and retain customers.

Secondly, at the same time, TV technology is moving on, with more and more 4K/Ultra HD TVs being launched. These sets are 4x higher quality than current HD TVs – and much of the content being displayed on them will be streamed from the internet. For example, at CES Samsung announced partnerships with Netflix, Amazon, Comcast and DirecTV to deliver 4K streaming to owners of its Ultra HD TV sets. And obviously the higher the resolution of content, the greater capacity is needed to stream it.

Together, these two trends will dramatically increase the bandwidth needs of the average home. Viewers will be consuming more content through the internet, and the files involved will be much larger. Other factors, such as the rollout of the Internet of Things, increases in the number of devices used within the average household and more home working will also push up bandwidth needs.

The only way to deliver this without capacity issues is through FTTH connections – half way houses such as FTTC will run into problems in the near term. It may appear that there is plenty of capacity at present, but essentially we’re in a similar position to the early days of 3G in the mobile world. Initially 3G operators had huge amounts of spare capacity – so much that they didn’t really know what to do with it. However once smartphones became mass market they swiftly ran out of bandwidth as everyone began to use 3G for internet use, streaming video, checking emails and watching/listening to TV and radio programmes.

As we move into 2014, operators may not be seeing a capacity crunch yet, but all the signs are that it will hit over the next few years. I strongly believe that FTTH will become ubiquitous. This means that companies and technologies that can help operators reduce costs and enable the final metres of connections are going to be more and more important to the market over the coming months and years.