How to Harden Closed Loop HFC Systems for the LTE Band 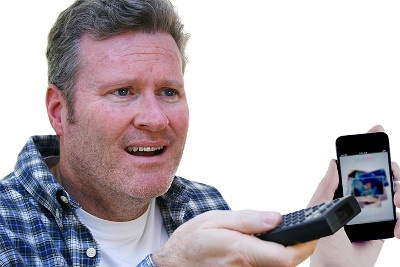 LTE networks operating in the 700 MHz band are becoming widespread across North America and are growing globally as well. Broadband cable and some satellite systems occupy some of the same frequency bands.There have also been frequency auctions in the 600 MHz band - so the allocation of shared frequencies will soon span from 600 MHz – 800 MHz.

Ideally, none of this should be an issue since the CATV coaxial plant is a closed loop transmission medium - if well-shielded coax is used and connections are tight. But often they are not.

When an LTE device transmits in a band that is being watched by a nearby subscriber and there is a loose connector or a poorly-shielded cable present, the interference or ingress degrades the video or data quality to a noticeable level. Two simultaneous things have to occur for this LTE signal to be identified as a problem: 1) the subscriber needs to be using the same frequency or channel the LTE frequency is occupying; and 2) there needs to be an ingress path.

When this happens the quality of the user's experience degrades, but the disruption is very intermittent. For the operator taking a trouble call, it would be terrific if the subscriber would simply state: "I was watching a channel that fell in the LTE band and someone was transmitting in the band from their smartphone." This is very unlikely and, therefore, can be a confusing situation to troubleshoot.

To begin with, this problem is often masked in homes where WiFi is being used. When all smartphones use the WiFi network, there won't be interference transmissions from the source. In addition, when a smartphone is not in use or moves away from the ingress site, the interference disappears. A technician called to the site may not see any sign of trouble. Finally, the problem may not be noticed, depending on whether or not that spectrum is actually being used by the cable system at the time of troubleshooting.

If technicians are repeatedly called on to address a "phantom" interference or service problem, costs of network maintenance can rapidly escalate and consumer satisfaction suffers drastically.

This LTE phenomenon has been reported on before, but what can we do about it?

It may be tempting for a cable operator to simply shift channels out of the band in question, but this is not always possible and doesn't solve the problem.

The best solution for this problem is using connectors that when loose perform at or near the performance level of a tight connector. Secondly, coaxial cable needs to be replaced when poorly-shielded cable is found. So you will need to be sure to use properly-shielded equipment, well-shielded coax, and practice proper installation and maintenance techniques in your outdoor and indoor coax plant.

What should cable operators do to prevent ingress and egress in the LTE bands?