How Ultra HD TV will drive fiber to the home connections 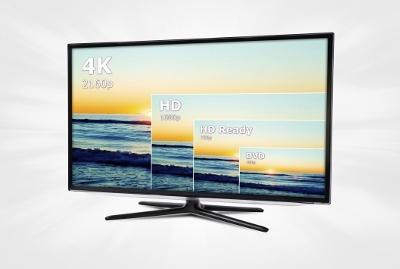 In previous blogs, we’ve looked at what will drive demand for the increased bandwidth that fiber to the home connections provide. One of the biggest drivers is likely to be 4K (also known as Ultra HD) TV.

Ultra HD TVs are selling in increasing numbers. Worldwide sales in Q1 2015 were 4.7 million units - up by 400 per cent, compared to the same quarter in 2014 - according to analysts IHS. That’s against a backdrop of overall TV sales shrinking by two per cent year-on-year. Prices for Ultra HD TV sets are dropping as more and more products hit the market. No wonder that consultancy Futuresource predicts that 4K TV sets will make up 42 per cent of the global market by 2018.

The reason that 4K TV will impact bandwidth needs is simple - in the short to medium term the majority of Ultra HD content will be streamed over the internet. Netflix and Amazon are leading the way, providing TV shows, such as House of Cards, in UItra HD, along with a variety of movies from major studios. In fact, from 2014 all Amazon Studios shows are being shot in 4K. In the UK, BT has just launched an Ultra HD sports channel, the first in Europe. This is showing Premier League football matches and MotoGP motorbike racing.

What are the bandwidth needs of Ultra HD?

Estimates for the capacity required to stream 4K vary from broadcaster to broadcaster, and depend on the compression techniques used, but here are some examples:

While it is possible to compress this further, the danger is that pictures will lose the quality that consumers are expecting (and paying for). No one is going to want buffering or pixelation to spoil their viewing pleasure. 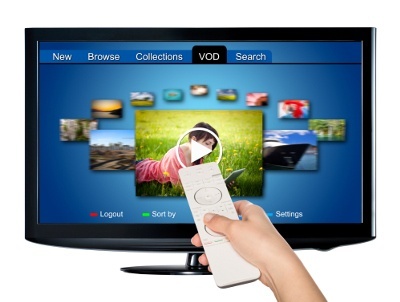 The other key factor to take into account is that home broadband connections won’t just be handling a single Ultra HD stream. Most households have multiple PCs, tablets and smartphones, all being used by different family members to access the internet, communicate through video, and watch IP and Ultra HD TV.

Just take the example of a four person family all using their devices at the same time - you can see how the bandwidth needs grow rapidly, to closer to 80-90 Mbps.

Currently, the average US broadband connection speed is 11 Mbps, well below the FCC’s new minimum download speed requirement of 25 Mbps. In the UK the government defines "superfast" broadband as 24 Mbps+.

Clearly, there is a gap between actual and required bandwidth - and this is only going to grow as 4K usage increases. Typical fiber to the cabinet (FTTC) speeds are not enough to cope with multiple Ultra HD streams - indeed, the standard UK package of 40 Mbps will struggle to deal with a single 4K stream.

What can be done? Operators are looking at a variety of ways of bridging the gap, such as investing in G.fast technologies to accelerate copper, but the best long term solution remains fiber to the home. This has the ability to scale to gigabit speeds, enough for smooth delivery of 4K TV, even if the whole household is watching their own Ultra HD channels. It also leaves sufficient spare capacity for normal internet access, both by consumers and the growing number of devices connected to the Internet of Things.

And 4K is not the end of TV evolution. The 2020 Tokyo Olympics is expected to be broadcast in 8K, driving sales of a million units in 2019, while Samsung is reportedly developing 11K screens for future release. Even with improved compression ratios, all of this will drive even greater bandwidth needs as higher quality TV pictures become commonplace. With technology take up advancing rapidly, fiber is therefore becoming central to delivering the right experience to subscribers and consequently retaining their business.