Why we all need fiber broadband 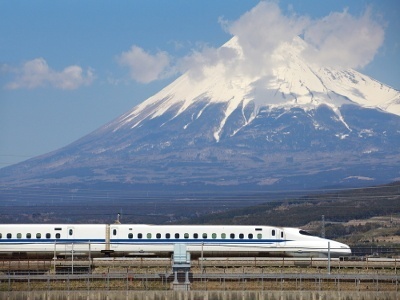 Many years ago when I was in Japan on business, I had the pleasure of travelling on the Tōkaidō Shinkansen bullet train between Tokyo and Osaka. It is now the world's busiest high-speed rail line, with up to thirteen trains with sixteen cars each (containing 1,323 seats), running every hour in each direction between Tokyo and Osaka - with a minimum gap of three minutes between trains.

My journey was in the days when we were still talking about the possibility of high speed trains and the Channel Tunnel in the UK. Having ever only travelled on Amtrak and UK InterCity trains, the journey on the bullet train was a complete revelation. It was comfortable, fast, (really fast!) and smooth, as it transported us between the two cities. In fact, it was so effortless (compared to the rattling of the US and UK trains), that you hardly felt you were moving as it sped along. I marveled at the technology that made that possible and wondered why we were so far behind in other countries.

Now, imagine that scenario translated to our broadband connections.

Years later, while living in Atlanta, I had another speed revelation when BellSouth (now part of AT&T) was trialing its fiber broadband service. The street cabinet to which the back haul fiber was connected was right outside my house. So it was not a big deal to connect up and get a truly amazing fast internet experience when it came to downloading stuff.

We were looking at speeds of several hundred megabits – much faster than I was getting at my office. This meant we often used my house connection to access a trading portal the business I worked in at the time was developing, as it was quicker and easier than our company link. 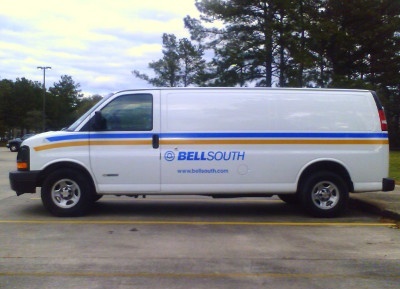 My work wasn’t the only thing that benefited from fiber broadband. A cohort of my wife’s interior design students would gather at our house to do their project work because they could get the information they needed very, very quickly.

Web pages downloaded in the blink of an eye, while training videos, films and other large data files downloaded and uploaded extremely fast. Alternatively, you could watch these media online through streaming without any of the buffering or jerkiness you would get at slow speeds.

It was truly a revelation to see how quickly transactions could take place. Then we came back to the UK to a really slow, intermittent internet service…rather like the trains! It was as if someone had taken away our cars and we had to go back to using a horse and cart.

That was back in the early 2000s and things have obviously improved since then. As I write, I can get a 68Mbps download speed from a Fiber to the Cabinet (FTTC) connection, but then it is early Sunday morning. When everyone is up and about that will drop by about a half but it’s still a whole lot better than many people get, especially in rural areas.

The benefits of speed

Research shows that that having access to a reliable, fast, broadband connection has a beneficial effect on the community and its businesses. For example, superfast broadband in Cornwall in the UK has transformed the local economy with the following benefits:

Not only that, people have been able to relocate to Cornwall and work from home while enjoying a better quality of life - something that would not have been possible without superfast broadband. I don’t live in Cornwall but also use superfast broadband to work remotely without network speeds having any impact on productivity. Additionally, it provides an opportunity for rural entrepreneurs to start up and grow companies by providing them with the ability to trade globally.

As Keith Gabbard, CEO of rural US telco PRTC points out, it’s all about unlocking potential. By hooking people and businesses up to the fiber network they find it easier to access the internet. This provides them with the ability to communicate and engage with family, friends and customers around the world, fostering economic and community growth.

Moving to Fiber to the Home

Most connections in the UK and US are still not Fiber to the Home (FTTH), but instead are Fiber to the Cabinet, using copper or coax for the last part of the network. This may give sufficient bandwidth for many people now, but risks future competitiveness. For example, in France the government has set 20mbps as the standard for broadband speeds compared to the 2mbps mandated in the UK.

That’s why it is critically important that the pace of the broadband rollout is kept up and that fiber is used for more and more of the network. Indeed the rollout needs to continue to gather momentum to enable the economic growth that is so important to all of us. Maybe we can even get that growth on a smaller carbon foot print with environmental benefits to all.

One thing that has held back fiber deployments has been cost. But this is increasingly being overcome through an array of new cost effective deployments such as pushable fiber, which can bring down deployment expense.

Going back to Atlanta, I was receiving download speeds several times greater than those I currently enjoy. This shows that progress needs to accelerate if communities, businesses and people are to truly benefit from the power of the internet. Now is the time to look at fiber solutions to provide the future bandwidth that everyone needs.