2015 and key trends in the US fiber market 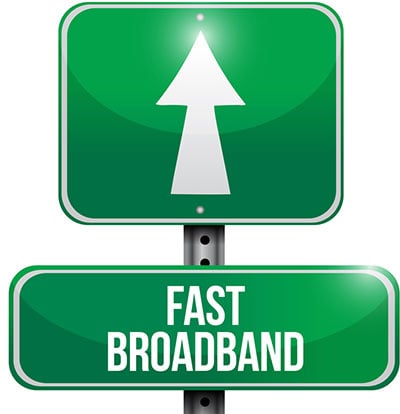 In a previous blog post, my colleague, Tom Carpenter gave his views on the global Fiber to the Home (FTTH) market, and discussed the ongoing "net neutrality" debate.

In this post, I’m going to delve down a level and look at the trends that the m2fx US team is seeing in the FTTH broadband market and beyond, as 2015 unfolds. Putting net neutrality aside, there are three areas I’d pinpoint:

1. Fiber to the Building (or Premise) continues to grow

The market demand for fiber broadband is there, and carriers are looking at how they can address it most cost-effectively. Consumers and businesses are keen to embrace faster speeds – Akamai’s recent State of the Internet report found that the US had an average connection speed of 11.5 Mbps, behind the likes of Finland, Switzerland and South Korea.

This is driving widespread rollouts of Fiber to the Premise (FTTP), with high speed broadband connections to commercial and multi-tenant buildings (Multiple Dwelling Units - MDU). Getting fiber to individual tenants is then the next step, and can be complex and expensive, particularly in buildings with congested ducts and older infrastructure.

At the same time as subscribers are asking for the power of superfast broadband they do not want cosmetically ugly installations that clutter up their apartments with cables, so carriers are looking for equipment and techniques (such as pushable microfiber) that provide a fast, mess-free deployment.

Cable companies and traditional carriers are part way through the process of moving from their legacy coax and copper networks to fiber optic. Given the size of their infrastructure, this is always going to be a slow process, but the strong economy, consumer demand and entrance of new players - such as Google - is accelerating change. There have been plenty of announcements from carriers and cable companies, big and small, of new fiber deployment plans, and I expect this to accelerate in 2015. Examples include: 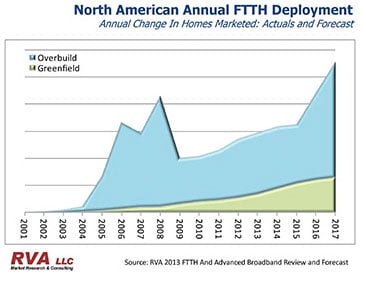 This is backed up by analyst figures – research organization RVA found that while the number of FTTH implementations in North America was broadly flat in 2014 compared to 2013, they are expected to grow dramatically by 2017, with new connections approaching 3 million households per year. This equates to annual direct investment of $4.7 billion, by 2017, by operators.

Coax and copper aren’t going to disappear overnight, so carriers are investing their capex budgets where they see the biggest returns.

At the sharp end, network planners and installers are therefore looking for ways of bringing down the cost and complexity of fiber rollouts so that they can deliver on the plans that were announced in 2014.

There are wide discrepancies across the country when it comes to broadband access – research from the US Census and Pew Research points to a patchwork of speeds and availability between metro, suburban and rural areas.

Unsurprisingly, capex budgets from traditional carriers are being invested in projects with the biggest business benefits, which potentially leaves some communities trailing. To help plug this gap, President Obama announced plans, in January, to make it easier for communities and citizens to gain access to fiber broadband.

At the same time, figures from the FTTH Council Americas demonstrate the quantifiable benefits that gigabit fiber brings to communities. A Council study found that 14 areas it surveyed with gigabit broadband boasted GDP that was $1.4 billion higher than their comparable neighbors.

Many municipalities are therefore building out networks across their towns and local areas to meet untapped needs and deliver the benefits that high speed broadband connections can provide to their citizens, businesses and their own operations.

At PPC, we’re involved in the extremely successful municipal rollout in the City of Loma Linda in Southern California. With 21,000 residents and a reputation as a healthcare center, Loma Linda has cost-effectively deployed a city-wide network within budget and tight timescales, using micro trenching and pushable fiber. Medical facilities are now able to share data in real time, enabling remote diagnostics and faster medical care, while new businesses have moved to the City thanks to the power of the network.

Given the success of trailblazers, such as Loma Linda, we expect to see many more municipalities deploying their own fiber networks to encourage new businesses to an area, make it an attractive place to live and enable greater efficiency and new services from government.

The US fiber market is currently incredibly dynamic, with a combination of increased competition, greater demand and growing investment meaning that 2015 is likely to be an extremely busy year for everyone involved. I’ll report back as the months unfold with updates on the market, highlighting some of the projects we’re involved in as they happen.