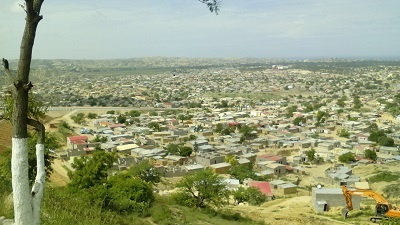 Across Africa, the deployment of high speed networks is accelerating, with the continent part-way through a connectivity transformation. The landing of submarine cables around the African coast has provided high capacity links to the Internet, but networks are needed to connect inland areas to these hubs. Additionally, a growing percentage of the population relies on mobile phones, not just to make calls but also to bank, shop and access the Internet, leading to a requirement for cost-effective data backhaul.

Both high speed broadband and backhaul networks for mobile operators increasingly rely on fiber. Previous deployments of copper-based networks had cost advantages, but in many places problems with bad terminations and cable theft have led to outages, meaning that fiber is becoming the solution of choice.

Across Africa fiber is now the preferred carrier of backhaul services with SDH, DWDM and MPLS deployed for protected services and FTTx, FWA, GPON and microwave radio being the preferred methods for last mile deployments.

Bringing fiber to Africa – the view from Angola 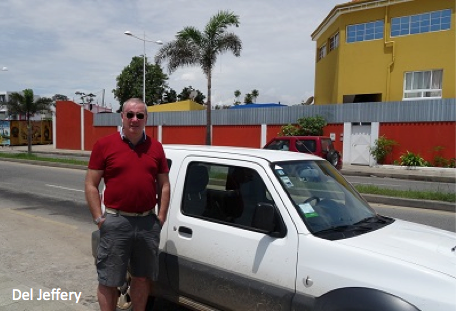 So, what is the picture for fiber deployments on the ground? I’ve been working in Angola since October 2014, and here’s my insight into the country, the market and future trends.

Angola, is the seventh largest country in Africa, and is bordered by Namibia to the south, the Democratic Republic of the Congo to the north, Zambia to the east, and the Atlantic Ocean to the west. Formerly a Portuguese colony, it gained independence in 1975. The population is 24.4 million, with 6.54 million living in the capital city, Luanda. Showing the sheer size of Africa, we are about 4,000 km from the region where last year’s Ebola epidemic took place, 2,500km from Johannesburg and roughly 5,000km from Cairo.

Angola has over 17,000km of fiber, carrying networks belonging to six different companies. 17 of the 18 provinces have fiber connections to the regional capital, and then back to Luanda. Cabinda, a part of the country that is separated from the Angolan mainland by the river Conga, has fiber within it but is connected to the rest of the country by microwave radio. There is a plan to link Cabinda to mainland Angola with a very long bridge, with fiber deployed within the bridge infrastructure. 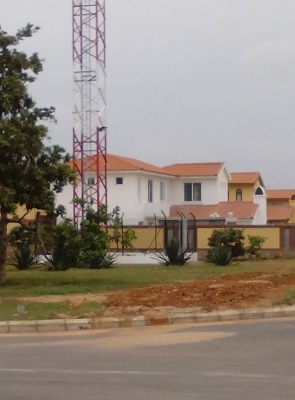 Angola is further advanced than nearly all African countries I have visited. Infrastructure is very good, with the road network in particular having received massive investment.

The main challenges are a throwback from the civil war, which finished in 2002, with many areas still containing landmines. For those with long memories Angola was the location of Princess Diana’s 1997 “trip into the minefield” but, despite this visit highlighting the problem, there are still areas where mines are an issue.

The country is very large (four times the size of Italy, and three times the size of California); until recently, all regions were connected to mobile networks using satellite. This costs $30,000 per E1 connection, meaning that if a region had 15 E1s, the costs were enormous. There are over 300 sites in Angola backhauled by VSAT, costing between $30,000 and $90,000 a month. There is an active plan to replace these with microwave and fiber, where possible.

FTTx is gaining traction in Luanda and some of the provincial capitals, but LTE VPN services are also taking hold. Fiber connections are being deployed to provide backhaul to mobile base stations, as well as to businesses and consumers who want faster Internet access. Schools are being provided with faster Internet services through last mile deployments of Fiber to the Premises (FTTP) projects.

Angola has surprised me in many ways. I’ve spent time in many parts of Africa: from Ghana and South Africa to Egypt, Kenya, Senegal and Burkino Faso. So when I arrived In Luanda I expected another “African” country - I was in for a shock. Luanda is more like a Portuguese city than a stereotypical African one. As I’ve said the roads are pretty good and there are a number of decent shops and shopping malls. The local “Walmart” type store is called Kero and you can buy just about everything there you would need, from a 56 inch 3D TV to bacon, mushrooms and eggs for your Sunday breakfast. Most things are expensive with a 2 bedroom house costing $5,000 a month to rent and a weekly shopping bill that is 50% more than in the UK. On the plus side, beer and spirits are cheap, as is fuel for your car or generator. Power and water are fairly good with occasional outages.

My role is to help roll out fiber across the country and, while it is early days, deployments are going well. As implementations accelerate, I’ll provide an update via the m2fx blog and talk a bit more about the challenges and plus points of deploying fiber across one of Africa’s biggest countries.