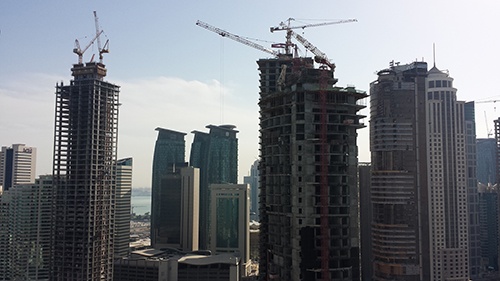 Recently PPC was asked to investigate solutions to the problem of a FTTH rollout with no space for microduct. The customer faced the challenge of deploying fiber to 10 high-rise apartment blocks, each containing 180 dwellings, within 2 years. Sounds easy, but factor into the equation that there is no option to add infrastructure and the fiber must be installed through the pre-existing, pre-populated PVC conduits hidden in the voids and screeds. Also add in that no machinery or cable blowing equipment is allowed on site. Then you really have a problem.

Unfortunately for network designers and installation engineers across the world, this scenario is all too common. A lack of foresight when future proofing network infrastructure has resulted in a critical need for fiber cable that can be retrofitted into existing conduit and ducting, often when this conduit is already populated with cables.

The customer’s solution to this problem was to rod the conduit in each apartment, attach a tight buffered cable and then pull the whole rod back through. This soon became totally unviable, with the rodding alone taking 15 minutes - assuming the cable didn’t get lost somewhere along the route. After additional splicing and testing was complete the installation teams were spending up to and sometimes over an hour in each dwelling. Multiply this by 1,800 apartments and the scale (and cost) of the job become clear.

So the PPC R&D team quickly set about in-house trials to solve the problem. Testing a range of cables in a whole host of different mocked-up scenarios, PPC managed to come up with a solution. But we know there is a big difference between in-house tests and a real-world live trial. One week and two plane trips later and we’re with the customer in one of their troublesome apartment blocks, assessing the conduit routes.

Solving the problem for real

A 20mm electrical PVC conduit ran from the CAT6 socket in each living space to the splice point outside in the hallway. The routes were approximately 12-20 meters and incorporated at least two 90° bends. Once onsite it was easy to see why the rollout was proving so difficult. There simply wasn’t an easy way to install the fiber. The current method had taken weeks to work out but even this was painfully slow.

So if you’re familiar with 3mm Miniflex cable, you’ll know that it has an inherent stiffness, but equally a part of its DNA is the flexibility it offers. Meaning that although it wants to follows a straight path, when it meets a bend or obstacle Miniflex reduces the friction by allowing the cable to follow less resistive paths; i.e. to flex. Tight buffered and plain loose tube cables simply don’t do this, and had subsequently failed to install in the populated conduits.

During our in-house tests we found that installing a leading attachment on the cable was especially beneficial for negotiating obstacles on the route, and we identified and created two different designs to overcome the two most common issues. The first was for overcoming buckled or undulating CAT6 cable and the second enabled the cable to negotiate tight bends and kinks. 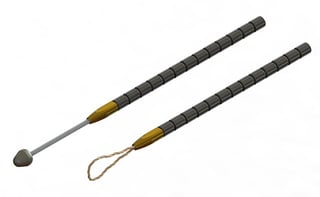 Armed with the ‘tight-bend’ leading attachment, we positioned the cable at the entrance of the conduit. We were pushing from the living space wall-plate towards the hallway (going against gravity) since the ceiling void was inaccessible for fiber pushing.

Making a note of the length on the cable jacket, we began pushing the cable whilst an assistant waited patiently at the far-end in the hallway. In less than a minute the cable was through. To say the installation crew was amazed was an understatement; their reaction was more disbelief. Something that had consistently taken them 15-20 minutes, a careful process and several tools had been achieved in one simple maneuver, and in less than 60 seconds! After splicing pigtails onto the Miniflex fiber cable a final OTDR test result of 0.05dB Insertion Loss satisfied the customer that the Miniflex jacket had taken good care of the fiber during installation.

In attempts to find more treacherous conduit routes the installation team moved onto several other dwellings, each time successfully pushing the fiber within a minute. Within two hours they had fibered up eight apartments on levels ranging from the 3rd to the 27th floor. The splice engineer and OTDR operator simply couldn’t keep up. Previously this would have taken 8 hours (virtually a working day) - four times as long as with Miniflex.

We shouldn’t be surprised with these results – Miniflex cable was made for tough challenges such as this, with our technology able to solve the most complex problems and make the hardest deployments cost-effective. Now the customers rollout project was viable once more.