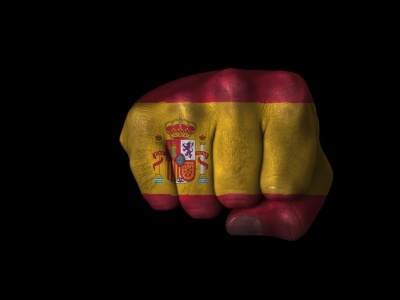 Spanish eyes are currently smiling on record growth in the fiber to the home (FTTH) market, as operators compete to roll out super-fast broadband across a country that has previously been slow to embrace new technology.

A report last week by Spain’s markets and competition watchdog, the CNMC, found that the number of FTTH lines has increased by more than 160 per cent in the last year, with no signs of any slowdown in the race to speed up internet access.

Spain versus the United Kingdom

A Council of Europe analysis published earlier this year found that, among EU countries, Spain was making the most progress in rolling out FTTH, having previously been bottom of the list. In contrast, research commissioned by the FTTH Council Europe found that the UK added less than 20,000 FTTH subscribers in 2014.

So Spain is adding more FTTH connections in a week than the UK is in a whole year - no wonder that the UK didn’t even make the top 20 in the Council’s list.

This gap has drawn harsh criticism of the UK’s existing copper last drop network from Vodafone boss Vittorio Colao, who recently warned that the country was falling behind Southern European states, such as Spain and Italy, due to its unwillingness to invest in fiber to the home. He pointed out that in central Milan he had the choice of three fiber providers but in London just one, copper-based network. 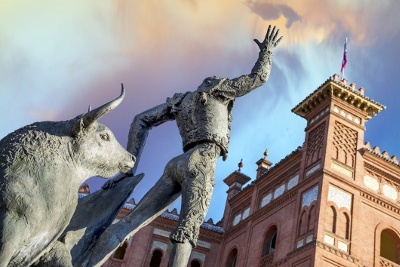 Part of the Spanish success story lies in the increasing competition between telecoms companies based in the country, which has traditionally been dominated by Telefonica.

More than half (57 per cent) of the FTTH connections in September were related to Telefonica subsidiary Movistar, but Orange and Vodafone are challenging that grip on the market this year with huge investment and infrastructure projects.

Following Orange Spain’s acquisition of Jazztel this summer, the company is investing an impressive 1.5 billion Euros in Spain and now has as a 28.41 per cent share of the market. It hopes to reach 10 million Spanish households (via FTTH and other means) next year and 14 million by the end of 2020. It will mean that the company will be able to cover 80 per cent of Spanish cities with more than 20,000 inhabitants - key in a country with a huge rural population and as well as small towns desperately in need of internet access.

Meanwhile, Vodafone acquired local operator Ono last year and currently has 22.19 per cent of the Spanish FTTH market. It has a network-sharing scheme with Orange and is looking at ambitious expansion plans across Spain as well as into Portugal and Italy.

Telefonica’s grip on the industry has also been dealt a blow recently after regulator CNMC ruled that the telecoms giant must open up its fiber infrastructure to rivals in around three-quarters of the country.

The draft ruling, which is now up for consultation, will require the operator to share its FTTH network with other players in municipalities where there are fewer than three companies involved in next-generation technology. 75 per cent of Spanish municipalities still don’t have that level of competition, although that figure is better than a year ago when only 11 per cent of regions were considered to be sufficiently competitive. The dominant operator must also provide bitstream access on copper and fiber in the business market and areas with low competition.

Telefonica is not happy with the ruling, saying the decision "will result in the possibility of the brakes being put on investment in our country and bring to an end a successful model that has brought about the deployment of FTTH in Spain which has surpassed all other European countries in terms of the number of homes passed".

The implicit threat is that Telefonica won’t continue with its expansion plans if it is forced to open up its network to rivals. However industry observers say that Telefonica’s fighting talk is just that - and that it will probably have to accept the ruling, a final decision on which is expected early in the New Year.

It remains to be seen whether the UK will heed Vodafone’s warnings or if Spain and other Southern European states will continue to pull ahead in fiber. However, the combination of market momentum and potential regulatory change means that 2016 could prove an exciting year for Spanish FTTH companies - and customers - as fiber rollouts continue to accelerate.

Maxine Frith is a freelance journalist. Send an email to Maxine.