Why we need to ditch copper for fiber networks 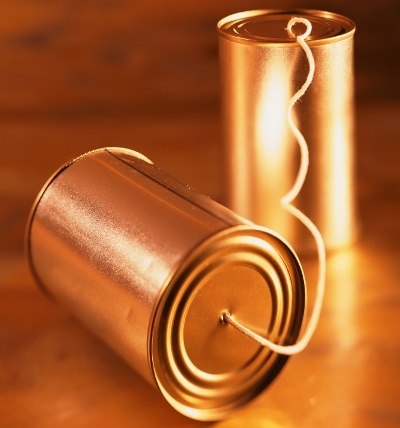 Today we are almost completely dependent on our connectivity. Thanks to the web, we are surfing, streaming, working more flexibly, and turning our homes, cars or other assets into moneymaking opportunities. And we’ve only just started.

Add in the nascent App Economy, the Internet of Things, and the fact that emerging markets will soon add another billion internet users, and it is obvious that our data usage will continue to grow rapidly. Being connected is key to full membership of modern society, and connectivity is a primary driver of future economic activity at a personal and national level.

So I ask you this: why, oh why, are we still relying on historic investments in copper to support this fast burgeoning data reality?

Copper/coax hybrid networks can no longer be the answer. Future proofing our economies and our citizens’ ability to participate fully in society needs investment in fiber networks and, unfortunately for those making the spending decisions, the future is now.

I understand why the CFO of an incumbent telco is always going to view investment in hybrid fiber to the cabinet (FTTC) networks lovingly. The upgrade capex required is minuscule compared to the cost of full FTTH deployment. Much of the network is already in place and under the firm’s control. Add some bells and whistles and the customer will see a difference - and all is well with the world as the telco’s revenues increase or, at minimum, are protected.

But this short-term view ignores the long-term fundamentals. We know data usage is growing fast, very fast, as these stats show:

Upgraded copper simply cannot deliver this. It is clear: investment in hybrid networks does not remove the need for investment in fiber to the home (FTTH), it only delays it. 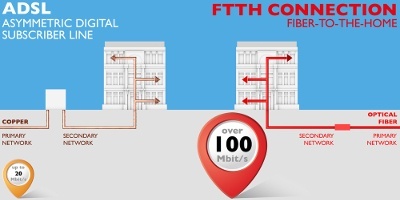 Telcos and governments need to recognize that investment in FTTH will have a longer term payback, like other pieces of strategic infrastructure.

In 1935 Franklin D Roosevelt saw the electrification of America as the solution to the economic despair and hopelessness of the Great Depression, creating employment and stimulating new industries. His government began to provide fiscal stimulus, reducing the cost of capital. By 1939 the cost of a mile of rural power line had dropped from $2,000 to $600. Almost half of all American farms were wired by 1942.

The parallel with fiber rollout is striking. Rural fiber today costs in the region of €2,000 per kilometer. Would we relish the opportunity if costs fell to €600 in 3.5 years?

Policymakers in Brussels and in national capitals are very gradually waking up to this fact, although those in the US seem not to have realized it at all.

Following on from this, the big strategic question is: should and can national governments stimulate rapid fiber broadband rollout, possibly by contributing fiscal or other incentives?

Approaches vary across the world:

Proportionately, the Chinese are to spend $240 per head, near double the Irish subsidy of $125 per head. Both are commendable and ambitious.

Governments must push for fiber

My belief is that governments must push for fiber deployment. Those economies that take shortcuts on infrastructure investments today, relying on sweating copper assets, will play catch up for decades, resulting in a long term loss of competitiveness.

Why should governments intervene? If increased demand is so predictable, why doesn’t the private sector invest in FTTH? Why is it critical that governments intercede? There are three main reasons:

1. The dominance of copper

Sweating copper is the legitimate short term financial preference of those with copper networks. However, the ubiquity and scale of the legacy copper base and the public and regulatory policy that shrouds and protects everything copper, like J Alfred Prufrock’s yellow fog, is now inhibiting the release of new capital for fiber.

In Europe FTTH and FTTB have a combined share of 5.1 per cent of all fixed broadband lines, though this varies considerably from country to country. Contrast this to 42 per cent in Japan, 58 per cent in South Korea and 9 per cent in the US. The competitive advantages of certain regions and nations already appears to be crystallizing.

The scale of investment required for strategic FTTH infrastructure is large. It requires private capital and public intervention, and may be a practical example of the prisoner’s dilemma. When either stakeholder, the state or private firms, pursues an individual strategy for FTTH, the outcome is likely to be worse than if they had both cooperated. Where incumbent telcos and their capital market backers are left alone to decide between FTTH and copper, the outcome will be slow and patchy at best. Political stakeholders acting alone seem either politically unable or too cash strapped to successfully master the FTTH challenge.

It is time to replace the stifling influence of copper. This is pervasive in policy debates, in capital markets and is fostered by regulatory incentives. Replace the inertia created by advocates of copper. Instead drive broad public policy support for FTTH, recognizing policy, fiscal and regulatory incentives will be needed to swing the pendulum from those sweating copper to those investing in FTTH. Only with such bold strategic moves will moribund western economies truly benefit from the wealth creation possibilities ICT can deliver.

The copper based telcos have had a good 50+ year run at it. It's time to invest in FTTH.

Paul Ryan is a strategic adviser to firms in the ICT sector and is advising several firms in Europe, Africa and the Middle East on their options to participate in the fiber revolution. Send an email to Paul.