The use of shared infrastructure to deploy fiber networks 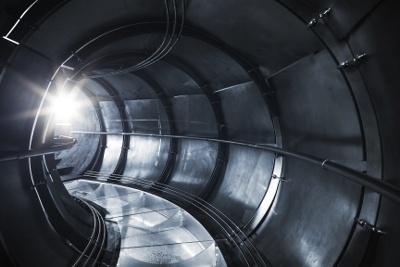 Telecoms planners and installers know that new fiber network build costs are dominated by civils works (the installation of basic infrastructure into or above the ground).

The proportion of the build cost varies enormously, depending on circumstances such as the population density, projected uptake, urban or rural environment, and other local factors. Additionally, new in-ground techniques (slot cutting, directional drilling, and mole ploughing) can dramatically cut these costs.

However, where possible, planners aiming to reduce costs will try and remove the need for new civils builds altogether. One way to achieve this is to move into the world of shared infrastructure, sometimes known as "parasitic" technology.

What is shared infrastructure?

Shared infrastructure can take many forms, each with their own advantages and pitfalls. Here are six of them:

In its simplest form, you can share existing large diameter telecoms duct with its original network operator, by installing a form of duct divider. However, while it’s technically easy to share an existing telecoms duct, the reality is that a new operator will be competing with the incumbent owner of the ducts. This means that agreeing on access is unlikely - or that rental costs may be extremely large.

If telecoms ducts are out of bounds, the next most popular sharing technique involves turning to the electricity supply industry in search of a pathway. Both high voltage and low voltage (distribution) power lines can be used, with fiber cable strung between existing poles. These shared aerial solutions have the advantage of (usually) being easy to access without the need for additional duct, but suffer the limitations that safe working may restrict access to specific personnel, jointing is more complex and specialist equipment, from all-dielectric self-supporting (ADSS) cable to fiberglass ladders, is required. Also, given that they are exposed to the elements, aerially deployed cables can suffer potential damage from wind, rain, ice, birds and even vehicles. 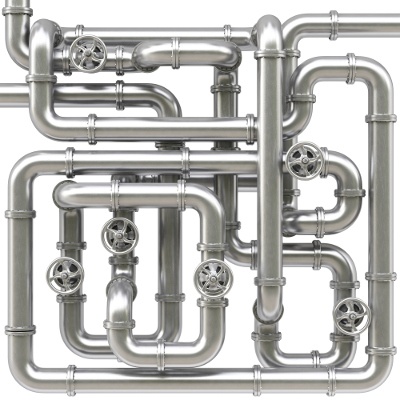 Since they are often able to accommodate a standing person, installation into sewer systems is one of the first underground systems that can be considered. Cable and ducts may be affixed to the roof or side walls of brick built sewers.

For smaller conduits,purpose built robots have been produced to deploy cable and duct. Although sewers are protected from the outside world, their interior environment is relatively hostile. Contaminant chemicals are present, and the cable fixings need to resist sewer cleaning operation, including high-pressure water and mechanical cleaning.

If the environment in a sewer is hostile, some operators have experimented with pathways that - quite literally - have explosive potential, with some companies in the US installing fiber cable into working gas lines. In practice, the technique has proved safe but it is best suited to metro style applications (rather than FTTH) as the cost and disruption of gas line entry and exit is considerable.

In complete contrast to the sewer and gas pipe techniques, the next main option poses no danger to the fiber cable; rather, it is the fiber cable or duct that must avoid contaminating the pathway! This is the use of potable (drinkable) water pipelines. Obviously, there are stringent requirements that cables and ducts have to meet if they are to be certified as safe to insert into potable water ducts. In the UK, these are set by the Water Regulations Advisory Scheme (WRAS), which issues standards requirements for the testing of materials and certifies suppliers.

Flowing fluid systems, such as water pipelines or gas distribution, also provide another benefit alongside avoidance of new civils work. Cable, or preferably microduct, can be "floated" into the pathway by the fluid itself, obviating the need for an external motive force. Given that distributing water can be energy intensive if the pipes are laid in an undulating route, most water supplies have a benign topology, meaning that subsequent cable installation (by blowing) can normally be achieved relatively easily

In many cases, incumbent carriers have a large base of installed main duct, often in expensive urban locations. Unfortunately, many of those ducts are packed with now obsolete copper cable, particularly on the exchange (central office) side of cabinets. Those cabinets now require fiber feeding.

Consequently, copper cable de-coring has emerged as a way to free space for small fiber cables. The technique involves pumping a reagent into the cable core that detaches it from its jacket, allowing it to be then pulled away. What’s left is then effectively a small duct into which a fiber cable can be installed. More details on this and other techniques is shown in this FTTH Council documentation.

Alternatively, when upgrading the final drop to the premise from copper, it’s often possible to push in a parallel fiber cable, if the pathway is ducted. However, a large proportion (20 per cent in the UK) of last drop copper is direct buried, making the upgrade process more difficult. One novel idea was to hook a slip ring around the copper cable and water jet a rod alongside the existing cable - the rod being attached to a new fiber cable. In trials it worked well; however, in the real world, it was found that installers would have often buried excess loops of copper cable in the ground, and the rodded new cable could not follow that path. So, for now, buried copper cables are generally added to by a separate, ducted fiber cable, requiring new civils work.

To a network planner, the choice of deployment methods for fiber networks through shared infrastructure may seem bafflingly wide. However, in most cases, there is a very limited choice of partner and the economics rapidly identifies the best, and most cost-effective option when it comes to being a parasite.