Is your drop network too old for today’s demands? 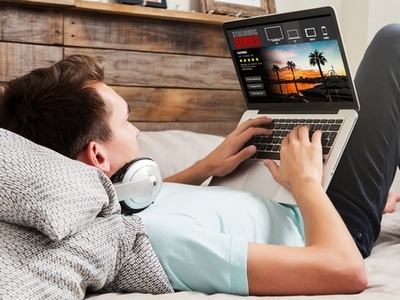 The quality of components used in drop networks and the skillfulness of the drop installation play a major part in a subscriber’s network performance. But what happens when those parts are out of date?

The parts visible from the headend to the side of the home, and components from the wall plate to the CPE (customer premise equipment), may be brand new and installed properly, but that doesn’t mean most of the premise wiring is up to date.

It’s what’s behind the walls, or in basements and crawlspaces, that should concern technicians and subscribers the most. Think about your home or apartment. How long ago was it built? If it was built more than 10 years ago, chances are the components behind the wall plates are loose and built to old standards, allowing interference.

Here we’ll discuss what improvements should be considered in drop networks to help increase TV and Internet performance for the subscriber, and save service providers from repeat, costly trouble calls.

When a subscriber calls customer service to complain about their TV or Internet service, a technician is usually sent to troubleshoot and correct the problem. The instruction from management can sometimes be: “Do as little as you can to make the issue go away.” This is problematic because the technician may be able to correct a short-term issue, but how are they improving the overall network for both the subscriber and their neighbors? They’re really not, and will likely be called back to the same home when the issue recurs.

Service providers should get ahead of the problem when they know a home has out-of-date parts to save money in the long-run.

Here are the top 3 components a technician should look for when on a service call for poor network performance.

The first part of the drop network to look at is the coax cable that runs throughout the walls of the subscriber’s home. More than likely the cable does not have as much shielding as it needs for the current wireless signal levels. Newer cables feature higher-quality A.P.A. tape construction and meet more robust shielding requirements, even after vigorous flexing.

Older cable was produced without as much shielding because there weren’t as many opportunities for interference as there are today. With an increase in the number of wireless devices connected to multiple networks, better shielding became necessary to help prevent ingress and egress in the cable. Signal levels are extraordinary today compared to just a few years ago.

Finally, it frequently happens that furniture can be pushed up against cable, causing cable that may have initially been properly installed to exceed its recommended bend radius.  Check behind furniture or outlet boxes to make sure that the cable has not been excessively bent.

A tight connector of any vintage should provide enough protection from egress and ingress, but the likelihood of all connectors behind the walls being fully tightened is slim to none. A loose connection can affect the subscriber’s signal, causing lag issues with TV, Internet and voice service. It can also result in substantial upstream ingress – enough to shut down an entire node.

Prevent this interference by using connectors that are specifically designed to maintain a ground path between the nut and the post, even when the connectors are not fully tightened on the port.

Splitters are often added to a network system over time as more splits are necessary for new pieces of CPE, but sometimes cables are removed from the port, leaving splitters that go to nowhere. These empty ports allow RF egress and ingress, which can affect the entire upstream data path for many subscribers within that area and can result in costly service calls.

When a technician sees a splitter in the cable network, they should assess where it goes to determine if it should be removed or a terminator should be added to the empty port. It’s important to remember the signal gets weaker the more splitters added to the network, with each splitter adding up to from 3.5 db to 10db or more  of loss. The same goes for empty wall plate connections.

While new home builds should use the newest cable and connector technology in their networks – although this is not always the case – older homes around the world are still running with out-of-date coax cable and improperly connected connectors or splitters. While these components aren’t meeting current specs, we know it’s not practical to adopt a blanket policy to update every home from top to bottom with the latest technology.

If technicians are seeing interference issues in a home or neighborhood, they should investigate further into the walls than merely replacing the set-top box or updating a jumper at the CPE. Finding the issue at the core could save service providers from expensive truck rolls to each home in a neighborhood over many years.