The importance of cleanliness to successful fiber installations 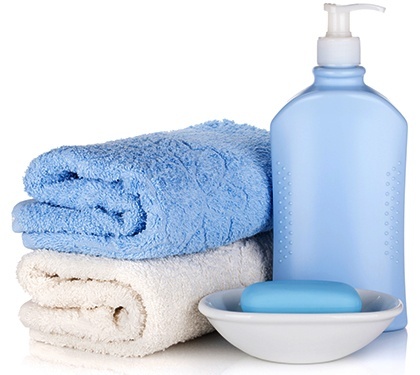 Deploying fiber in the field is often a dirty job. Installing in new buildings means working on a construction site, with all the mud, dust, and rainwater that this entails. Digging trenches for fiber ducts adds to the mess, and a sudden storm can turn the whole site into a quagmire.

It isn’t necessarily much cleaner indoors, with deployments in existing buildings subject to dust and debris from the installation methods needed to create space for fiber, such as drilling into ceilings and walls.

There are three key reasons that all this dirt and contamination is an issue during fiber installations:

Fiber optic networks work by carrying pulses of light between transmitters and receivers, meaning that for the network to send data successfully the light needs to arrive at the end of the cable with sufficient power to be measured. Dirt and contamination block the signal and lead to light loss, reducing power and efficiency.

According to Cisco, a 1-micrometer dust particle on a single-mode core can block up to 1 per cent of the light (a 0.05dB loss). If you want an idea of how big that is, bear in mind that the average human hair has a diameter of 50-75 micrometres.

Light loss is becoming ever more vital. As links carry higher data rates, the amount of light that can be lost shrinks correspondingly, making cleaning even more essential. Ultimately, dirty equipment could mean the network fails to operate at all.

Dirt can cause permanent damage to the end-face, digging into the surface and creating pits that increase back reflection. Failures in the network caused by dirt add to costs and install time, as damaged equipment may need to be tracked down and replaced. This means more time on-site and greater expenditure - both of which impact the overall budget for a deployment.

Many engineers point to contamination and over bending of fiber cables as the top two reasons for network failure. If a live network has to be switched off to change components, it will play havoc with the ROI calculations that were used to justify its original deployment.

Leaving a mess in a subscriber’s home or the common areas of an apartment building is naturally going to enrage consumers and building owners. They may want the benefits of fiber broadband, but they certainly don’t want dirt or damage to their property when it is installed.

While it is easy to focus on more visible debris, dirt is most dangerous at a microscopic level, particularly when it comes to the end-faces of connectors. Simply touching one of the ferrules of a connector deposits significant amounts of body oil onto the end-face, for example.

The solution is to make sure that you are cleaning - and checking - every connector. Best practice is to use high-grade, completely lint-free wipes (aim for clean room quality) and pure Isopropyl Alcohol (IPA).

Make sure that crews are trained properly and always use a new wipe every time - otherwise they are simply spreading contamination from one connector to another. Use a fiber microscope to inspect end-faces before and after cleaning to ensure that any contamination has been removed.

If you have any concerns, take a look at the IEC 6100-3-35 standard, which provides guidelines about the size and amount of dirt, scratches, pits and contamination that can be accepted for single and multi-fiber end-faces. There are also a large number of guides to cleaning connectors online, both from vendors and independent bodies such as The Fiber Optic Association.

On top of this, based on what we’ve seen, here are two areas to keep an especially close eye on:

The actual process of mating and unmating connectors can also cause damage to the ceramic. Therefore, aim to minimise this plugging and unplugging as much as possible and ensure you inspect the two end-faces for dirt or debris that could be crushed between them. This could cause permanent damage, such as cracks, scratches or pits that will require re-termination, not just cleaning.

Also, make sure you inspect any other equipment ports that the connector is being plugged into, as they can also harbour contamination.

Many people believe that if you don’t take the dustcap off your factory terminated connector until you plug it in, it’ll remain dirt free. After all, it was packaged in a sterile factory environment. In reality, dustcaps are more like scratch caps, preventing damage to the end-face, rather than stopping all contamination reaching the connector.

This means that, no matter how reputable your cable supplier, you need to check, and if necessary clean, the end-face of the connector, even if it arrives sealed in a dustcap.

I’m sure there are plenty of other cleaning hints and tips out there - along with war stories where contamination has caused major issues. Feel free to share them in the comments section, and I’ll look to publish a selection in a future post, giving credit where it is due.