Back to the future for Australian superfast broadband 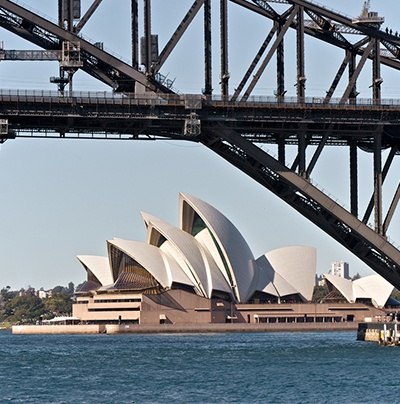 There were raised eyebrows among digital natives in Australia recently when Netflix announced it would open for business in Australia in March 2015. How, it was widely asked, would people access the service given that Netflix’s recommended bandwidth for 4k streaming is 25Mbps, and only 15.4% of Australian households manage speeds of more than 10Mbps?

But according to Akamai’s latest State of the Internet report, Australia has fallen off the pace, dropping five places to number 49 in its rankings which assess the number of households with speeds above 4Mbps – only just over half at present.

This, for a country which has long considered itself to be at the cutting edge of scientific endeavor and which, over the past two decades, provided the world with no less than five Nobel laureates in the sciences.

But over these two decades the story of the development of broadband in Australia has been the sadly all-too familiar conflict between ambition and pragmatism in which politics has trumped possibility.

The debate in Australia mirrors that in many developed countries – how do you move from an existing copper network to a fiber optic telecoms infrastructure, balancing factors such as cost, technology and future needs? 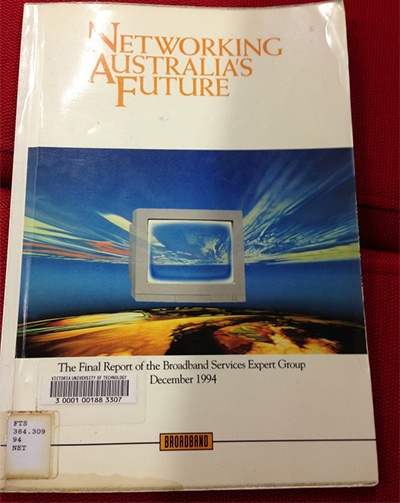 In researching this blog post I came across a picture of this dog-eared report, sitting in a university library.

When he launched Networking Australia’s Future, in 1994, the then prime minister, Paul Keating, trumpeted his vision for a connected Australia with universal access to the country’s information infrastructure “as no less a general right than access to water, or public transport or electricity”.

In 2009, after 15 years of politicking – and two years after a landslide election in which broadband was a major issue – the prime minister, Kevin Rudd, announced what he called the “single biggest nation-building infrastructure project in Australia’s history”.

A new AU$43 billion company would be formed, National Broadband Network (NBN), which would be a majority government-owned joint venture with the private sector and which the government would begin to sell down within five years of the completion of the network. The network would run out Fiber to the Home 100Mbs superfast broadband to 93% of Australian households. The others, living in remote areas, would be provided for with fixed wi-fi and satellite connections.

Shortly after this Rudd was ousted by his own party and his successor Julia Gillard had problems of her own – not the least of which was the implacable opposition of Australia’s biggest media proprietor, Rupert Murdoch, whose massive holdings in cable and satellite TV would be directly affected by the development of superfast broadband which appeared likely to allow people to make their own content choices.

Another political problem was that FTTH deployment would render obsolete the network of copper wiring owned by Telstra, the full privatized telco which evolved over decades from Australia’s postal and telecommunications network.

After an election in 2010 which reduced Labor’s majority to a hung parliament dependent on the support of a ragtag bunch of independent, often single-issue MPs, progress on the roll-out of NBN was agonizingly slow and took place against a backdrop of almost constant criticism.

In September last year the Liberal-National Party coalition won a substantial majority in the latest election. The broadband policy it campaigned on was sold on a message of common sense and good housekeeping trumping an expensive pipe dream.

The new prime minister, Tony Abbott, had already made his opinion of the NBN clear in 2010 when he said: “Do we really want to invest $50 billion of hard-earned taxpayers’ money in what is essentially a video entertainment system?”

Rather than FTTH, a Fiber to the Cabinet (FTTC) approach was deemed preferable as it would be far cheaper and would mean the new network could use Telstra’s copper wiring to deliver broadband from the cabinet to homes in the area. A similar approach has been adopted by incumbents around the world, such as BT in the UK.

So now, as we near the end of 2014, where does Australia’s once-ambitious plan sit and where is it headed?

According to reports last week, there is further political strife ahead. What the NBN will deliver will be a mixed package which will see 24% of homes getting superfast broadband (largely in suburbs where the NBN has already been rolled out). About 68% of homes will get FTTC – and in the case of apartment blocks, “fiber-to-the-basement” which will use the existing copper wiring to deliver the service throughout the building.

There is an additional “fiber-on-demand” option which will offer customers the opportunity to upgrade to FTTH at an estimated cost of several thousand dollars per home.

Asked whether this would cause problems, the chief executive of NBN Co, Bill Morrow, said: “Am I concerned? No. Do I think there will be criticism? Yes.”

He added: “So let’s not think of this as the end state, let’s think of it as an evolution. Let’s get it built first. And then we will look at how we deal with greater bandwidth as we go ­forward in the future.”

As I mentioned, Australia is not unique in the telecoms challenges it faces. Governments and politicians across the developed world agree that superfast broadband brings enormous competitive benefits. However when looking at the strategy for achieving this, and in particular the technology involved (FTTC or FTTH) consensus breaks down. With projected bandwidth needs increasing, expect this debate to continue in the future.